After 75 days of a team of 15 people juggling difficult work over three simultaneous schedules, 12 minutes of footage for the stop-motion short film by Michał Łubiński Astra was completed at the Wrocław Audiovisual Technology Center. The project is entering post-production with a premiere scheduled for mid 2022.

Łubiński’s new film (Bedside story) is a universal story about brotherly love, great adventures and the inevitable difficulties of life. The story centers on six-year-old Astra, who tries to stop her sister from taking part in a dangerous mission. However, when Anna needs help, the little girl without hesitation embarks on a rescue mission in space.

“A film set usually means large constructions or a virtual set design, but this time everything was in miniature,” noted Robert Banasiak, director of CeTA Audiovisual Technology Center in Wrocław, producer of the film. “We [were introduced] to Michał Łubiński and his project Astra in 2018 in Łódź during the Stop Motion ANIMARKT Forum. We were happy to decide to make this film in our studio, because we also want to be present in the field of animated film production.

Before the puppets made their debut on set, it took many weeks of preparation. “I first made character designs, then 3D models, on the basis of which parts of the head and some body fragments were printed in 3D technology,” explained ubiński. The creation of the puppets required precise manual work, designed with skill and experience. Puppets for Astra were created by a team of ódź: Piotr Knabe, Dariusz Kalita, Agnieszka Mikołajczyk and Agnieszka Smolarek, Beata Jarmuż-Socha and Anna Szcześniak.

“Łódź is famous around the world for its excellent specialists who create animated puppets,” said Katarzyna Gromadzka of MOMAKIN, the film’s executive producer. “The Astra project brought together six recognized [artists] with extensive experience in producing Wes Anderson The island of dogs and the Oscar-winning film by Suzie Templeton Pierre and the Wolf. “ 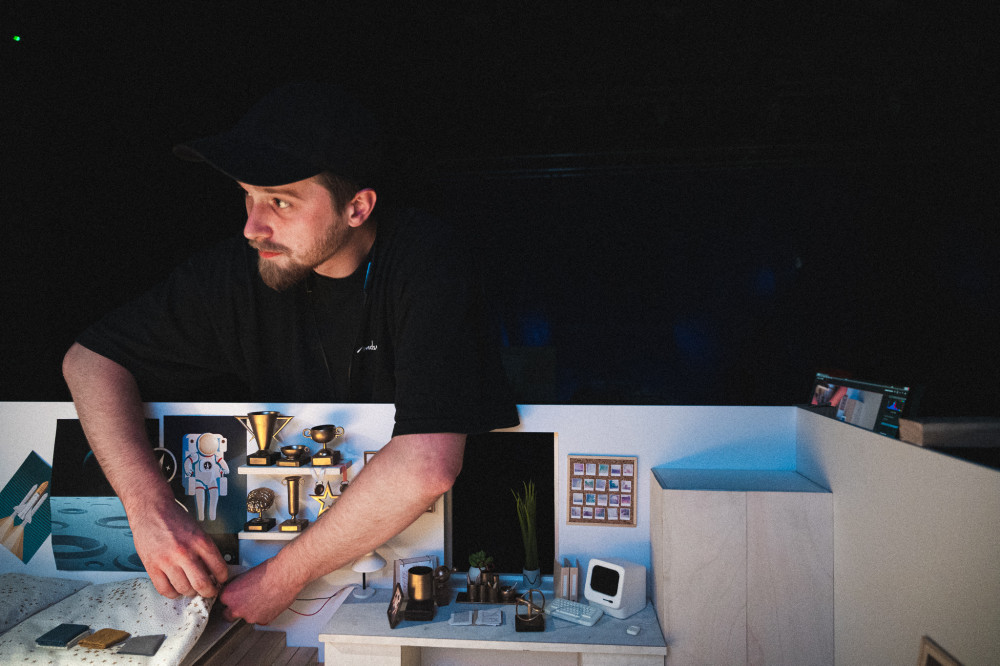 Daniel Kusak poses accessories for one of Astra’s many locations.

The story of the film takes place in many places, from Astra’s small room, through the halls of the science center, to a ship in space. The scale range is wide, which was quite a challenge for the sets and props team led by Jacek Spychalski from CeTA Animation Studio and for the puppet makers.

“Astra’s hands, which are about a centimeter long, proved difficult when working at a 1: 6 scale. We animated his little fingers, built on thin wires, so we had up to seven pairs of interchangeable hands for the character, ”noted ubiński. “We also used a very attractive and original water-based ink technique to reproduce the cosmos. To achieve the slow motion effect, the movement of the mixing fluids was recorded with a higher frame rate. I couldn’t do everything at home, animating on my own. The possibility of using CeTA’s facilities has guaranteed us the world standard of production and working conditions. 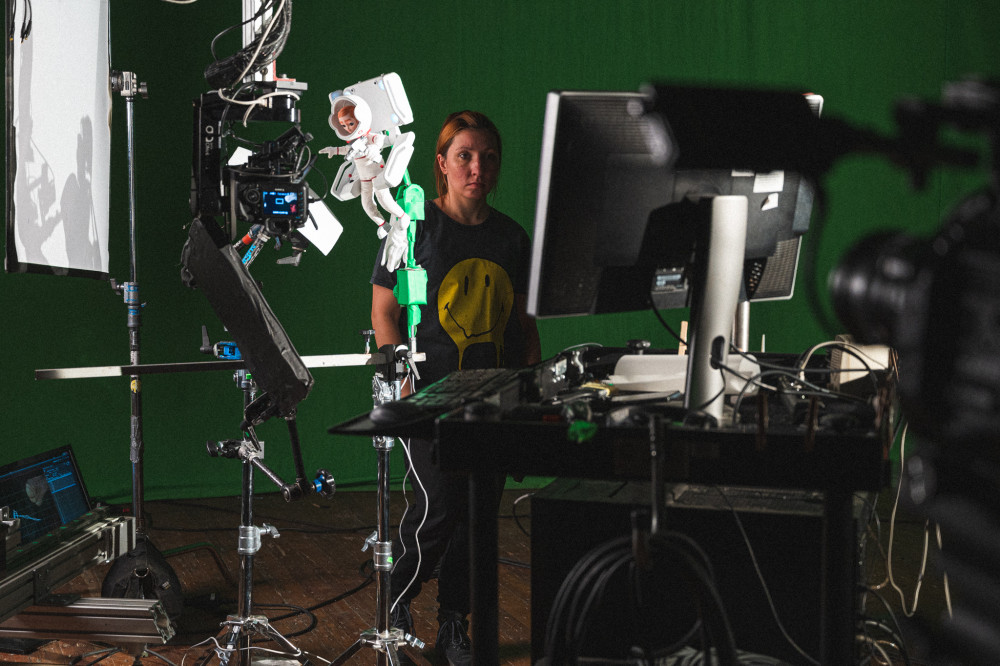 Host Anna Polisnka shoots one of the space scenes for Astra.

Łubiński is an architect passionate about animation, to which he devotes every free moment. His first movie, Bedside story, has been recognized by film festivals such as the Warsaw International Film Festival and the Zubroffka Short Film Festival, and won two awards.

Astra was co-funded by the Polish Film Institute and the Ministry of Culture, National Heritage and Sports. In recent weeks, the institutions supporting the project have been joined by EC1 Łódź – City of Culture as part of the Łódź Film Fund. The project was the winner of the 2018 Pitching competition of the Forum Stop Motion ANIMARKT. 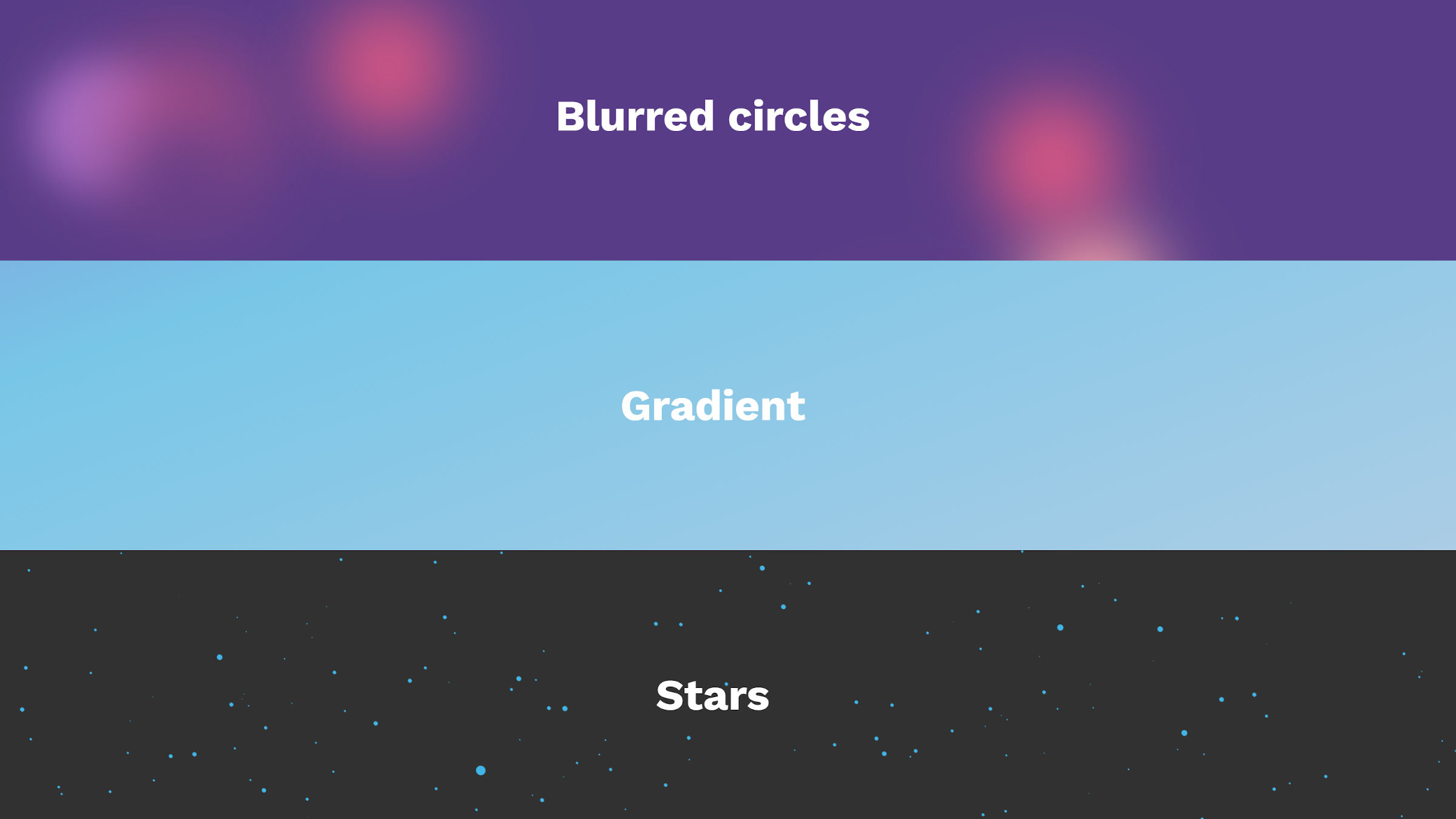